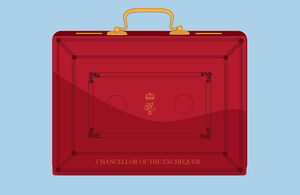 Dorchester Chamber for Business President has welcomed the Chancellors Spring Statement saying; ‘Businesses locally will welcome the fuel duty cut and national insurance rise. It is also encouraging to read details of the new 0% VAT threshold on energy saving materials, such as solar panels or heat pumps”.

Rishi Sunak outlined his measures to help people through the cost of living crisis in short it included.

A  5p cut to fuel duty – “the biggest cut to all fuel duty rates ever”. The cut will come into force at 18:00 tonight and last until March next year, he says.

The BBC Reality Check has claimed, the chancellor’s announced 5p per litre cut in fuel duty announced in the Spring Statement is still making more money per litre in tax than a year ago.

Bear in mind the tax take from petrol and diesel increases as prices rise.

The average price of a litre of petrol has risen more than 40p a litre since last year’s Spring Statement, which means the government is getting an extra 7p per litre in VAT, which is the other tax the government imposes on fuel.

Diesel prices are up by nearly 50p a litre, almost 9p of which is VAT.

The chancellor further announced that government will raise the threshold for the amount people earn before they pay National Insurance.

“From this July, people will be able to earn £12,570 a year without paying a single penny of income tax or National Insurance,” he says.

“That’s a £6bn personal tax cut for 30 million people across the United Kingdom.

He adds: “The largest increase in a basic rate threshold ever, and the largest single personal tax cut in a decade.”

Rishi Sunak said for the next five years, homeowners will pay 0% VAT on energy saving materials, such as solar panels or heat pumps. The chancellor said he could make the move as a result of Brexit.

Dorset Chamber’s Ian Girling struck a cautionary tone, however, saying “while I appreciate that his hands were tied in many ways, the Chancellor could have been bolder. Businesses will no doubt be seeking to hold him to his word for support in the Autumn but will also expect intervention before then if the costs crisis deepens significantly further.”

Be the first to comment on "President welcomes the Spring Statement"

The British Chambers of Commerce (BCC) expects the UK economy to plunge into recession before the end of 2022, with …
Read more
The post New PM must act as UK economy set for recession before year end appeared first on Dorchester Chamber for Business. …